Who asks for a pardon?
Criminals ask for pardons.

The end is near for Criminal Republicans who fought to bring an end to our democracy.

"Money is NOT the root of all evil, the insatiable hunger for power is. Money is but the tool used to achieve that power."

Keep up from the source as House Jan 6th Committee pursues the facts. CLICK HERE 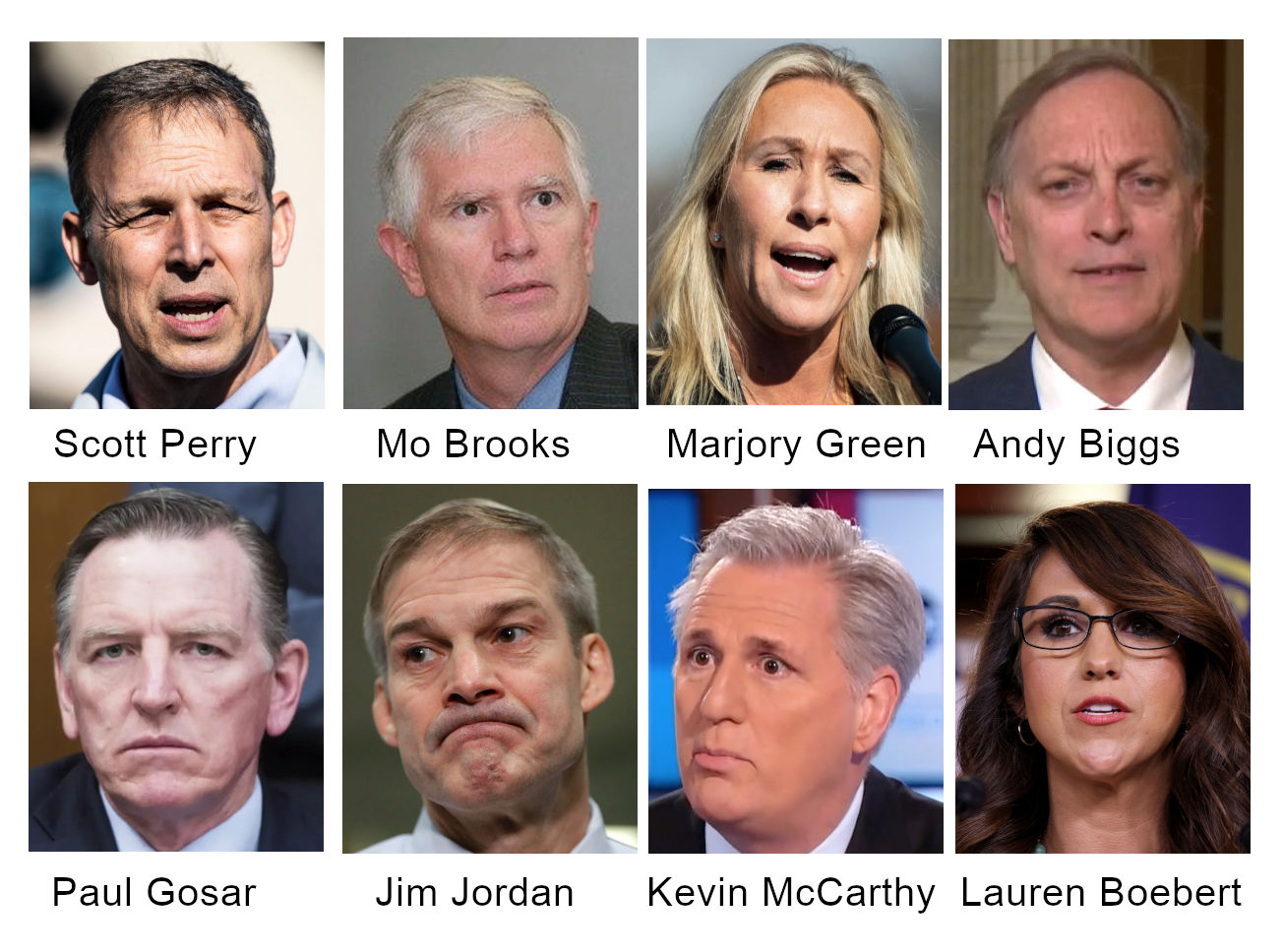 Members of the House of Representatives to keep an eye on...
highly suspect of aiding or giving comfort to an insurrection.

FBI seeking information on persons who attempted
insurrection at US Capitol. Here is link to their tip site.

Article: "How far will Republicans go to destroy democracy? And can they still be stopped" --Salon

We have always had enemies trying or at least wishing to see an end to Democracy and the American ideals. Our nation has always been the defender of free societies.

Today there is a new threat from inside.

It is not just one thing or one person. It is a movement being exploited by outside and inside forces to attack our country. The seeds of the internal threats have been here since the founding of our nation but previously they had little "official" sanction to act. This movement included numerous GOP controlled states intent on leveraging their power to disenfranchise voters by enacting suppression laws and racial gerrymandering of districts to consolidate one party rule in the states.

The source of threat include but are not limited to:

I have provided some definitions of relevant terms here to aid in understanding the nature of the threats.

This site will always be a work in progress.